I am planning to fly to Nepal, on May 20, for 3-4 weeks, to offer assistance by, lending my humble hands and by supporting fellow Relief Workers there, by bringing fresh supplies of Medkits, Femi-kits and Water-purifying tablets. I need your help.

We knew that, whatever the result of the 2015 General Election, days of struggle would be ahead. If Labour had won, to stiffen its resolve to make radical changes in British society. But since the bankers have retained their control of Ten Downing Street, the struggle against them must sharpen.

To be honest, radical change was never really on Labour’s agenda, since it is also subject to the bankers’ hegemony. Nor can real change ever be expected from a bourgeois democratic system designed to protect the status quo. The future of Britain will be decided on the streets.

The defeat of George Galloway in Bradford West was not unexpected, given the nature of Labour’s personalised dirty tricks against him. But the personalisation did not begin with Labour’s attacks. It was implicit – or, actually, explicit – in the party’s own  branding of itself around the persona of its leader. When… 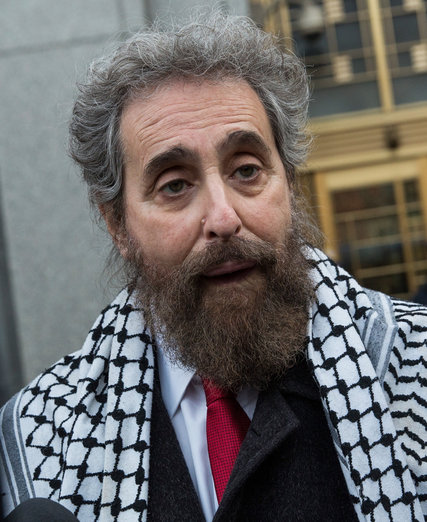 I love Said. He’s everything that’s good and decent and kind-and so much more. he’s the laughter of a toddler who’s just learned to run; the panic of young lovers who race to remake the bed as parents return home early; the broad grin that intoxicates us when the rare and sweet aroma of justice fills the room and gives us hope. Said is all things to all good people– those that are and those that aspire to be.

He’s been with us since the beginning of time and will smile down on us long after the last meteor shower has found its mark and we are gone. Palestinian by birth, humane by trade, and free by choice Said is a Muslim, a Christian, a Jew and none of the above. While many march in lockstep to the beat of the safe, quick and easy, Said has journeyed long and…

As Baltimore braced for renewed protests over the death of Freddie Gray, the Baltimore Police Department (BPD) prepared for battle. With state-of-the-art surveillance of local teenagers’ Twitter feeds, law enforcement had learned that a group of high school students was planning to march on the Mondawmin Mall. In response, the BPD did what any self-respecting police department in post-9/11 America would do: it declared war on the protesters.

Over the course of 24 hours, which would see economically devastated parts of Baltimore erupt in open rebellion, city and state police would deploy everything from a drone and a “military counter attack vehicle” known as a Bearcat to SWAT teams armed with assault rifles, shotguns loaded with lead pellets, barricade projectiles filled with tear gas, and military-style smoke grenades. The BPD also came equipped with “Hailstorm”…

My last post talked about teenagers and the ways adults look down on them, so it’s probably not much of a surprise that I have a special place in my heart for artists who like teenagers and work to inspire them. Amy Ray is one such artist. I remember watching an interview with her in which she said if she wasn’t a musician, she would be a teacher because she loves young people.

When the Indigo Girls were scheduled to play at high schools in South Carolina, parents complained that they didn’t want their children coming home asking questions about homosexuality. As a result, the schools barred them. This fear of young people asking questions and exploring the world outside of society’s set of norms is part of what makes some rebellious teenagers rebel. Teens don’t want to fake their way through life–and this is why escapism can be…

Ramblings of an Ordinary Man

The “choice” before the electorate

Last night Britain’s political system failed the majority of people in our country. After five years of austerity we are forced to accept that by the time of the next election we will have lived through another decade of Tory rule.

This morning I feel genuine despair and am struggling to make sense of the nightmare. My analysis is of course biased. Anyone who has followed these pages will know where my political allegiances lie. I am the son of a life long Trade Unionist, brought up in a staunchly Labour family. At the age of sixteen I declared myself a Marxist and a Socialist and I remain so today. Having acknowledged that, I am more convinced than ever that our democracy is broken.

There will be much soul searching at Labour HQ in the coming months. They should have walked this election, instead they…

Talking Heads frontman David Byrne, an outspoken critic of the Internet’s role on the music business, is heading to Washington to try to turn his views into action.

SoundExchange, which collects royalties from digital broadcasts and advocates policy, announced Thursday that Byrne would join its board of directors, which includes artists and record label representatives.

Byrne said in a statement that he would “leverage my experience as a performing artist and fight on behalf of all creators for fairness and the long-term value of music.”

While much of Byrne’s catalog is available on streaming services such as Spotify, he has charged that the revenue from online music is far too paltry for artists, particularly those who are lesser known.

“In future, if artists have to rely almost exclusively on the income from these services, they’ll be out of work within…