Not even for this People’s Assembly march on June 20. 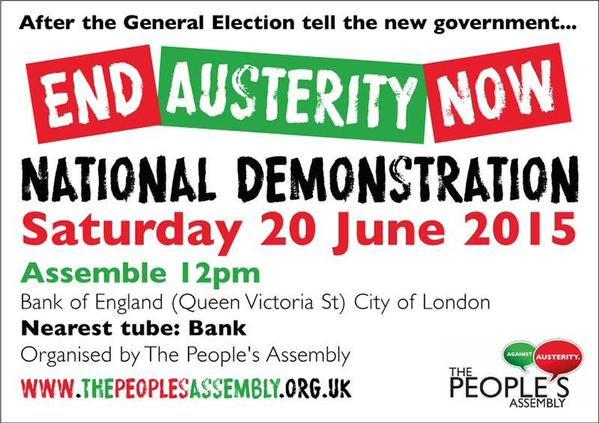 I marched when Neville Chamberlain sold out the Czechs
I was barely eight years old and nothing more
And now I’m over eighty and the time has come to say
That I ain’t marching any more.

It’s not that I am weary or that I’m growing old
Cos I’d march a hundred thousand miles or more
But what’s the point of marching when nobody pays heed?
So I ain’t marching any more.

We marched for China, we marched for Spain.
My cousins marched through Berlin and Lahore
And when the boys came home we had a victory parade
But I ain’t marching any more.

We marched when the Yankees invaded Vietnam
But it wasn’t all our slogans won the war
It was a people up in arms, led by Ho Chi Minh