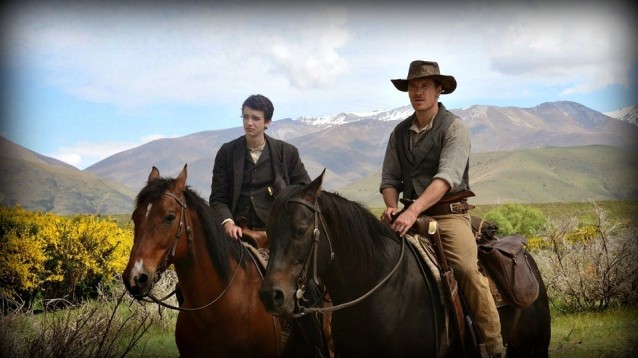 “He was an officer.”

“Wearing a dress don’t make her a lady. He ain’t soldier least no more … injun slayers.”

“Wearing a dress don’t make her a lady,” Silas Selleck (Michael Fassbender) tells his new mentee, Scottish 16-year-old Jay Cavendish (Kodi Smit-McPhee). Indeed, the first dialogue exchanged between the two in the new western, Slow West could serve as the film’s coda. Things are rarely what they seem, expectations do not often meet reality, and the stories we tell ourselves, whether about love, identity, or history, frequently obscure unpleasant truths.

Cavendish had travelled from “the cold shoulder of Scotland to the hot baking heart of America,” Selleck tells viewers in the movie’s first moments. Silas, as Filmspotting’s Adam Kempenaar and Josh Larsen pointed out, seems like a new era Eastwood, borrowing affectations, chewing on a cigarillo, and offering spare moments of wisdom to his young charge.  Fassbender’s Silas…